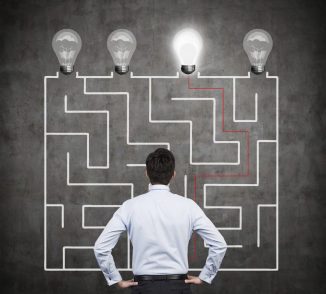 In the real estate industry, some publications that cater to property owners and managers promote the concept that maintenance expenses like tenant services requests are subject to gross-up because they are provided to the tenants or to their premises. However, unless specifically stated in the lease agreements between the owner and the tenant, per QLoop standards, such repairs and maintenance expenses should not be subject to gross-up on that basis, notwithstanding the possibility that such services may have been impacted by occupancy.

Repair and maintenance expenses are costs incurred by the landlord to maintain and operate a property, including repairs and maintenance of a building, its common areas,its systems, and its premises areas—carpet,  standard interior door repair/replacement, light bulb changes, tenant heating, ventilation and air conditioning systems, etc.

Repair refers to work done to correct a problem, whereas maintenance refers to work done to service, inspect, and maintain a working item, and/or to prevent future problems from occurring. Basically, repairs can be performed for the building or for the tenant. If for the building, it’s generally included in building operating costs and is allocated proportionately to occupied and unoccupied rentable areas of the property. If specifically for the tenant, it should generally be charged directly to them and not made a part of building operating costs.

Gross-up is a cost allocation concept applied to specific building operating costs incurred in the operation of partially occupied properties. The primary objective of the gross-up adjustment is to ensure that specific building operating costs that vary with occupancy are fairly allocated to the consumers of the services that contributed to the costs. For example, in a 100% gross-up scenario, a 50% occupant tenant of a 50% vacant building will be responsible for 100% of those specific costs from the 50% building service resulting from the occupant’s use.

While repairs and maintenance expenses are generally seen as linked, the focus of this article is the “repair” aspect.  In order to understand why repair expenses gross-up is inappropriate, it’s important to know the reason gross-up of premises cleaning and premises utilities costs is permissible. It’s also important to understand how, from the perspectives of the owner and tenant, repair expenses fundamentally differ from cleaning costs and utility costs.

Cleaning and utilities services used by a tenant are predictably and consistently measurable, and have a directly proportionate relationship with occupancy. The cost of premises cleaning services, sometimes referred to as night-time janitorial services, are typically based on a cost rate multiplied by the size of the areas being cleaned.  As such, in a situation where the owner of the 50% vacant building with a 50% tenant occupancy has employed a cleaning contractor who is paid $50,000 to clean occupied areas, it is only fair for the 50% tenant to be responsible for 100% of the $50,000, rather than a 50% share (or $25,000) of the $50,000. As such, the owner grosses-up the $50,000 to $100,000 to represent what the costs would have been had the building been 100% occupied, and then submits an invoice to the tenant for its 50% ($50,000) share of the $100,000 grossed up value.

The critical point here is that the tenant’s space was actually cleaned at a cost of $50,000.  If the tenant’s cleaning requirements and service levels increase or decrease, there will be a directly noticeable change in the costs. Likewise, with respect to premises utilities, the utilities costs are dependent on the tenant’s activities and usage levels. The lighting, computing, and other utility consumption costs are directly tied to the tenant’s level of usage. As such, there will be a noticeable and directly proportional fluctuation in premises utility costs within the same accounting period when the building occupancy changes from 50% to 100%.

Repair expenses are neither predictable nor consistently measurable. In cleaning and utilities the cost paid in a given month is correlated with the service provided in the given month. But the timing, frequency, and cost of repairs have nothing to do with either the usage of the items being repaired nor with the occupancy levels at the time the work was performed. For example, an HVAC system failure and repair in year 5 of its usage could occur when a building is 1% occupied or 100% occupied. Further, the failure and resulting repair may be due to excessive usage in years 1 to 4 of its life when the building was 100% occupied, rather than due to minimal usage in year 5 when the building was 50% occupied and when the failure and repair occurred.

A repair performed on the premises of a tenant, for the tenant, and for services not provided equally to other tenants should not be part of building operating costs and should be charged directly to the tenant unless their lease prohibits it – in which case the landlord may not be permitted to charge it to the operating expenses pool either.

Another difference between repairs and cleaning or utility costs is the basis of the costs. For repairs, the basis is indeterminable until a specific quote for the service is received from the contractor. If based on hourly rates, the final cost will likely have no bearing on the premises size. For cleaning and electricity, a common basis is service area (square feet cleaned) and service levels (kWh consumed).

A landlord’s objective is to ensure they can recover 100% of costs they incur in operating a building. They can accomplish this objective in two ways: (1) operate a fully leased and occupied building, or (2) gross-up all expenses in a less than fully occupied building. If the latter is possible, there is little-to-no incentive to attain full occupancy. When a building is not fully occupied, and expenses other than the typical premises utilities and cleaning costs are grossed-up, tenants should ensure that the lease explicitly calls for the gross-up of such expenses and that expenses which should be charged directly to the premises (vacant or occupied) are not included in the pool of operating expenses subject to gross-up.

The lease agreement between the owner and the tenant is critical for ensuring the proper application of a gross-up concept. First, the lease has to indicate that a gross-up is permissible and should specify the occupancy threshold (100%, 95%, 90%, etc.) that triggers the gross-up application. Each threshold should be determined in coordination with the representatives of both the owner and tenant, paying particular attention to the building’s history of occupancy.

A building that has a 10-year history of 95% occupancy should not command a 100% gross-up threshold as it may actually have “dead” or permanent remnant spaces due to improper space configurations throughout the building or inaccurate occupancy records. Second, the lease should specifically state the costs that are subject to gross-up rather than leaving it to individual interpretations which may be influenced by long-perpetuated myths. Third, the lease’s gross-up provision should except management, fixed, common area, and general building costs from being subject to gross-up in instances where additionally certainty may be required.

The gross-up concept allows the landlord to recover certain select costs which occur, and therefore fluctuate, as a result of a tenant’s occupancy. The landlord benefits from including more costs in the gross-up pool and will resist modifications to the lease that will limit their ability to do so. As such, negotiating out certain costs may prove challenging in much the same manner that disputing a repair gross-up based on a poorly written lease can be. If the landlord’s ability to gross-up repairs and other fixed costs is limited, it could result in greater oversight and pressure on the property manager to increase building occupancy so as to defray the unrecovered portions of the repair costs.
​
Key Takeaways

This site uses Akismet to reduce spam. Learn how your comment data is processed.