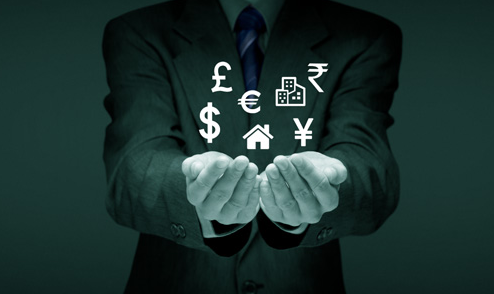 In the real estate industry, the prevailing view is that there are three primary building operating expenses. 1), Premises management fees, 2)In true occupancy-dependent premises cleaning costs, and 3) premises utilities costs. This view states that these operating expenses are subject to the gross-up adjustment solely because the costs of all three typically vary with building occupancy fluctuations.

This is a myth.

Unless specifically stated in the lease agreement between the owner and the tenant, per QLoop standards, management fees should not be 100% subject to gross-up, notwithstanding their variability with building occupancy fluctuation.

The management fee is a form of compensation paid to a property manager, by a building owner, for the management and operation of a property on the owner’s behalf.  The management fee is typically calculated as a percentage of revenues from building rents. Depending on the market, the fee represents, at a minimum, profit and overhead costs of the property manager.  Gross-up is a cost allocation concept applied to specific building operating costs incurred in the operation of partially occupied properties.

The primary objective of the gross-up adjustment is to ensure that specific building operating costs that vary with occupancy are fairly allocated to the consumers of the services which contributed to the costs. For example, in a 100% gross-up scenario, a 50% occupant tenant of a 50% vacant building will be responsible for 100% of those specific costs resulting from the occupant’s use.

Management fee gross-up calculation requires the use of estimates.  The gross up objective is to determine a “fair” value of full building costs in a partially occupied or fully vacant building. As such, the gross-up approach relies on occupancy information and the identification of cost pools which change when occupancy changes.

A management fee myth exists when one party exploits these common differences in order to overstate or understate the fee.

Cleaning and utilities services used by the tenant are predictively and consistently measurable. The cost of premises cleaning services, sometimes referred to as night-time janitorial services, are typically based on the size of the areas being cleaned.

The critical point here is that the tenant’s space was actually cleaned for a cost of $50,000. If the tenant’s cleaning requirements and service levels increase or decrease, there will be a direct noticeable change in the costs.  Likewise, with respect to premises utilities, the costs are dependent on the tenant’s activities and usage levels. The lighting, computing, and other utility consumption costs are directly tied to the tenant’s level of usage.  As such, there will be a noticeable and directly proportional fluctuation in premises utility costs within the same accounting period when occupancy changes from 50% to 100%.

The fundamental difference between management fees and cleaning or utility costs is that management fees do not result from tenant consumption, which is the foundational basis for the gross-up concept that requires that tenants pay their fair share of the services received. However, a review of a contract between the property manager and the owner could reveal that the services provided by the property manager for the landlord and the building common areas significantly outweighs the services performed directly for the tenants. With cleaning and utilities, the services are purely for the tenant spaces.

Property managers are agents of the owner with primary fiduciary obligations to the owners. As such, it is neither surprising nor prohibited for the owner to align the property manager’s interests with its own interests via a revenue-based incentive compensation called a management fee.

However, without discounting the significant value of a property manager to a building’s operation, it’s important to understand the owner-manager alignment in the implementation of the gross-up concepts. The manager performs a service for the owner. The utility and cleaning companies perform premises services for the tenants. The management fees paid to the manager should not be subject to gross-up in the same manner that premises cleaning and utilities costs should.

The lease agreement between the owner and the tenant is the most critical document for ensuring the proper application of a gross-up concept. First, the lease has to indicate that a gross-up is permissible and should specify the occupancy threshold (100%, 95%, 90%, etc.) that will trigger the gross-up application. Each threshold should be determined in coordination with the representatives of the owner and tenant,paying particular attention to the building’s history of occupancy. A building that has a 10-year history of 95% occupancy should not command a 100% gross-up threshold, as it may actually have “dead” or permanent remnant spaces due to improper space configurations throughout the building.

Second, the lease should specifically state the costs that are subject to gross-up rather than leaving it to individual interpretations, which may be influenced by long-perpetuated myths.

Third, the lease’s gross-up provision should except management fees, fixed, common area, and general building costs from being subject to gross-up in instances where additionally certainty may be required.

The gross-up concept allows the landlord to recover certain select costs which occur, and therefore fluctuate, as a result of a tenant’s occupancy. The landlord benefits from including more costs in the gross-up pool and will resist modifications to the lease that will limit their ability to do so. As such, negotiating out a management fee cost may prove challenging in much the same manner that disputing a management fee gross-up based on a poorly written lease can be.  If the landlord cannot gross-up management fees, it can result in greater oversight and pressure on the property manager to increase building occupancy so as to defray the unrecovered portions of the fee.

This site uses Akismet to reduce spam. Learn how your comment data is processed.